The year 2018 was one with many conferences to attend. We just returned from SSP in Cleveland, in September we attended EuroSense in Verona and in May we where present at SenseAsia in Kuala Lumpur.

With a team of six colleagues we headed to EuroSense which we started by hosting a user meeting on Sunday morning. During the user meeting we shared information about the GDPR, our E-Learning website, tips & tricks and revealed our future ideas. It was also the ideal moment for our customers to ask questions and to give us valuable feedback. All participants were invited for a lunch afterwards, before we went to the conference hall to set up our booth.

Some time ago we started collaborating with Olorama, which gave us the opportunity to expand EyeQuestion VR by adding scent to the experience. We brought the scent box, now fully integrated with our software suite, to both conferences and were very happy with the results. The scent of freshly cut grass amidst a variety of other conference-related smells did draw a big audience to our booth.

Luckily we also had time to visit interesting presentations during EuroSense. This year there were 727 participants, 66 presentations and 4 workshops, making the choice to attend quite difficult.

The conference started out with a presentation by John Prescott, who gave the attendees insights about how learning can shape our preferences and which types of learning there are. One of the examples being that repeated exposure is necessary, and sometimes already sufficient, to increase liking and that this process already starts in the uterus.

Another example was learning through association, by pairing a pleasant response with a product you can increase the pleasantness of the product.  Flavour-nutrient learning was also mentioned, a method where you can pair a taste with energy, causing your body to react. Of course, genetic variation, innate preferences and individual characteristics influence preferences.

The second keynote speaker was Caterina Dinnella who told us about the impressive Italian Taste project. This multidisciplinary project includes more than 3000 participants, with the objective of the project being to investigate associations with food preferences and choice. Because of the large sample group that was used, it is possible to also take demographic information such as gender and age into account and to identify subgroups. The session ended with a presentation from Campari about their sensory and quality control department. Luckily, after the presentation we had the opportunity to taste the different Campari drinks to find out our favourite. 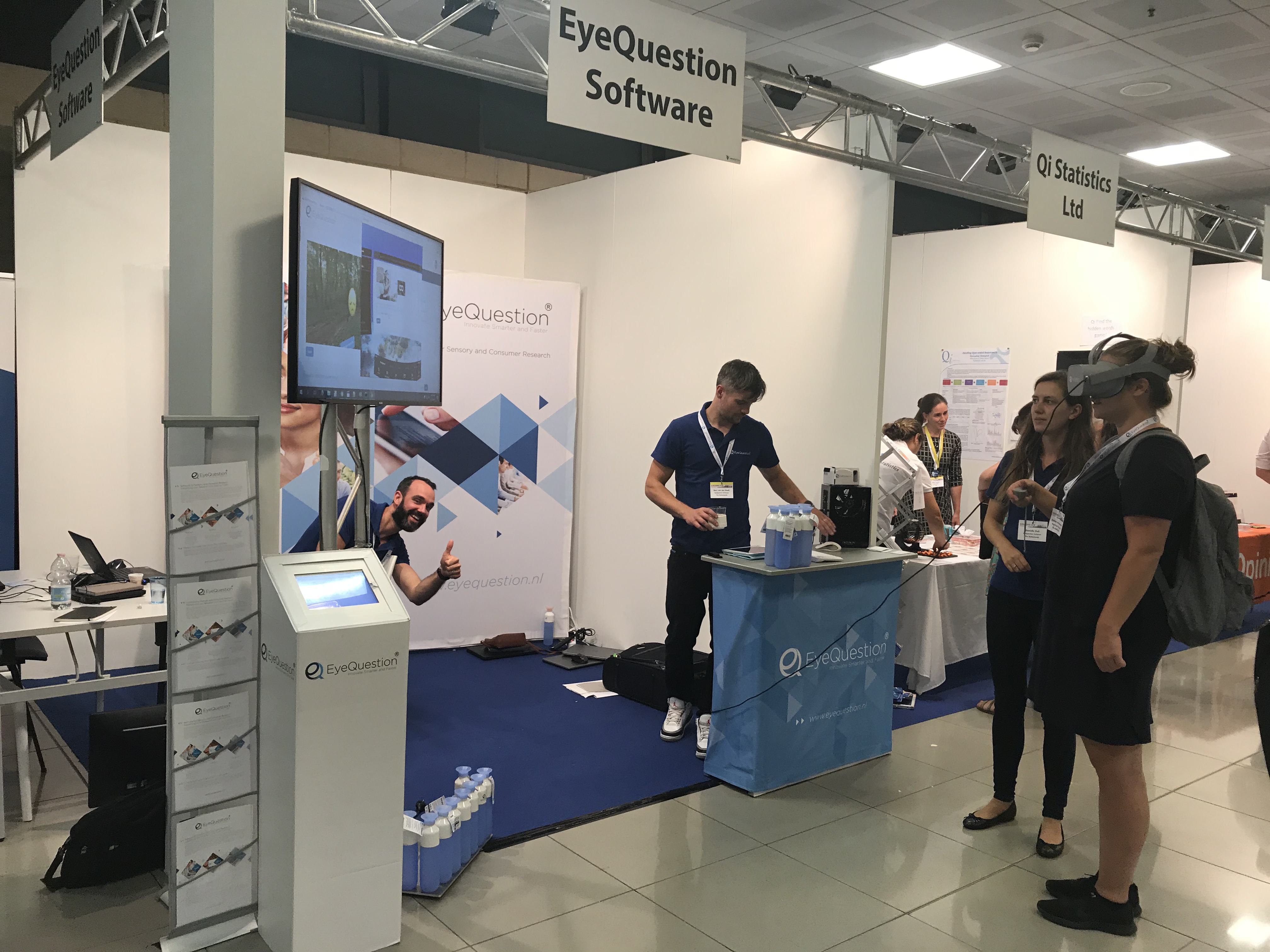 On the second day we attended the ESN workshop ‘In-context Consumer Research: Benefits and Opportunities for Immersive Techniques’, which was especially interesting for us as we are further developing our VR module. During the workshop many ESN members presented their work on immersive techniques. Many different techniques were discussed, from immersive rooms to VR headsets and interactive VR.

Firmenich and Strategir presented their work in which they consumers had to evaluate perfumes (laundry detergents) in a CLT or using a 360° VR headset, which would be a good example of a project that you could create using EyeQuestion VR. While using the 360° VR headset the consumers were in the middle of a laundry room while evaluating the perfumes. The researchers were very positive about the 360° VR headset as the consumers found the experience as comfortable and pleasant as the one done in the CLT. Another positive note was that the consumers were more excited, involved and focused as compared to the CLT experience.

The experiment concluded that liking results were similar in both situations. While the 360° VR headset resulted in higher product discrimination, in the CLT test more generic descriptions were given to the perfumes (e.g. clean, fresh, soft), as compared to the 360° VR headset results, which were more descriptive and more words were given by the consumers (e.g. fruity, overpowering, chemical, floral).

The only disadvantage of this study was that the consumers needed help to smell the samples because they could not see the samples through the headset. The Olorama machine would be a great help for this as it can automatically spray the perfumes. As the immersive techniques are still evolving, we look forward to see what the future will bring! 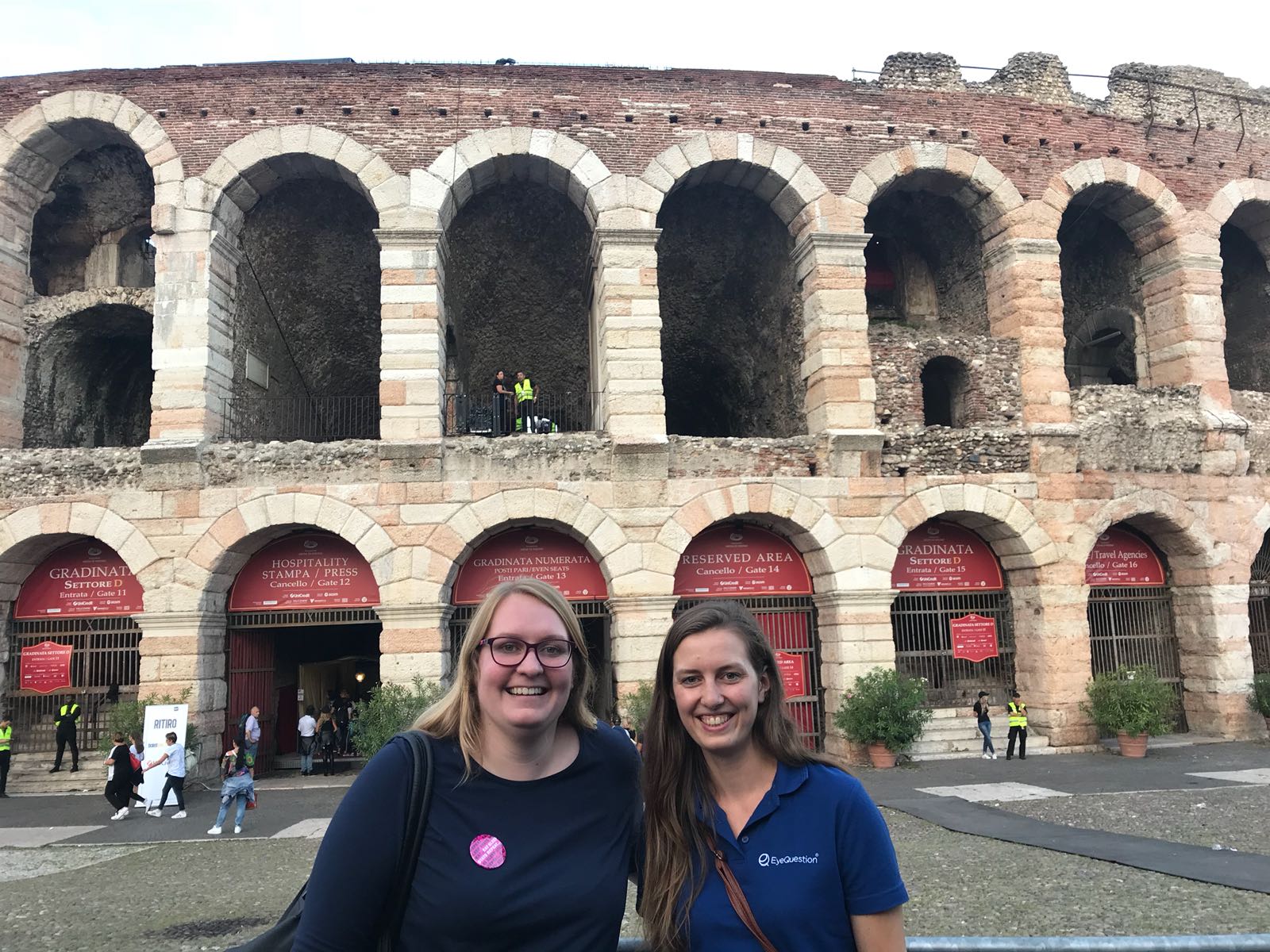 That evening we had a lovely dinner in the centre of Verona with some members of the Dutch Department of Sensory Research. As there were many members present at EuroSense, a spontaneous idea came up by the chairwoman to organise a dinner. Besides good food and wine, it was also very nice to catch up again.

On Tuesday we had a dive into statistics. John Castura told us about the importance of the task instructions when running an unspecified tetrad test. Furthermore Pascal Schlich presented a new method to transform TCATA data so that you can run a TDS analysis on TCATA data.

Thierry Worch gave us a much needed refresher about panel performance. Tuesday evening we gathered at the Palazzo e Giardino Giust for the Conference dinner. A walk through the beautiful gardens was rewarded with an amazing view of Verona accompanied by the sunset. During the dinner we had a buffet with many options to choose. Afterwards some nice dance moves were shown on the dance floor while a band was playing all kinds of songs.

A few weeks later we had the second conference for the month of September as the United States was the designated choice for the 2018 SSP Conference, held in Cleveland Ohio. This years venue was the Hilton Cleveland Downtown, ideally located close to the Rock and Roll hall of fame. The EyeQuestion group attending was a bit smaller in size, which was logical due to the distance we needed to travel.

We were glad that the conference gave us the option to hold another user meeting so we could meet up and gather feedback from our North American users. This was also the last conference for 2018, hope to see everyone in 2019! 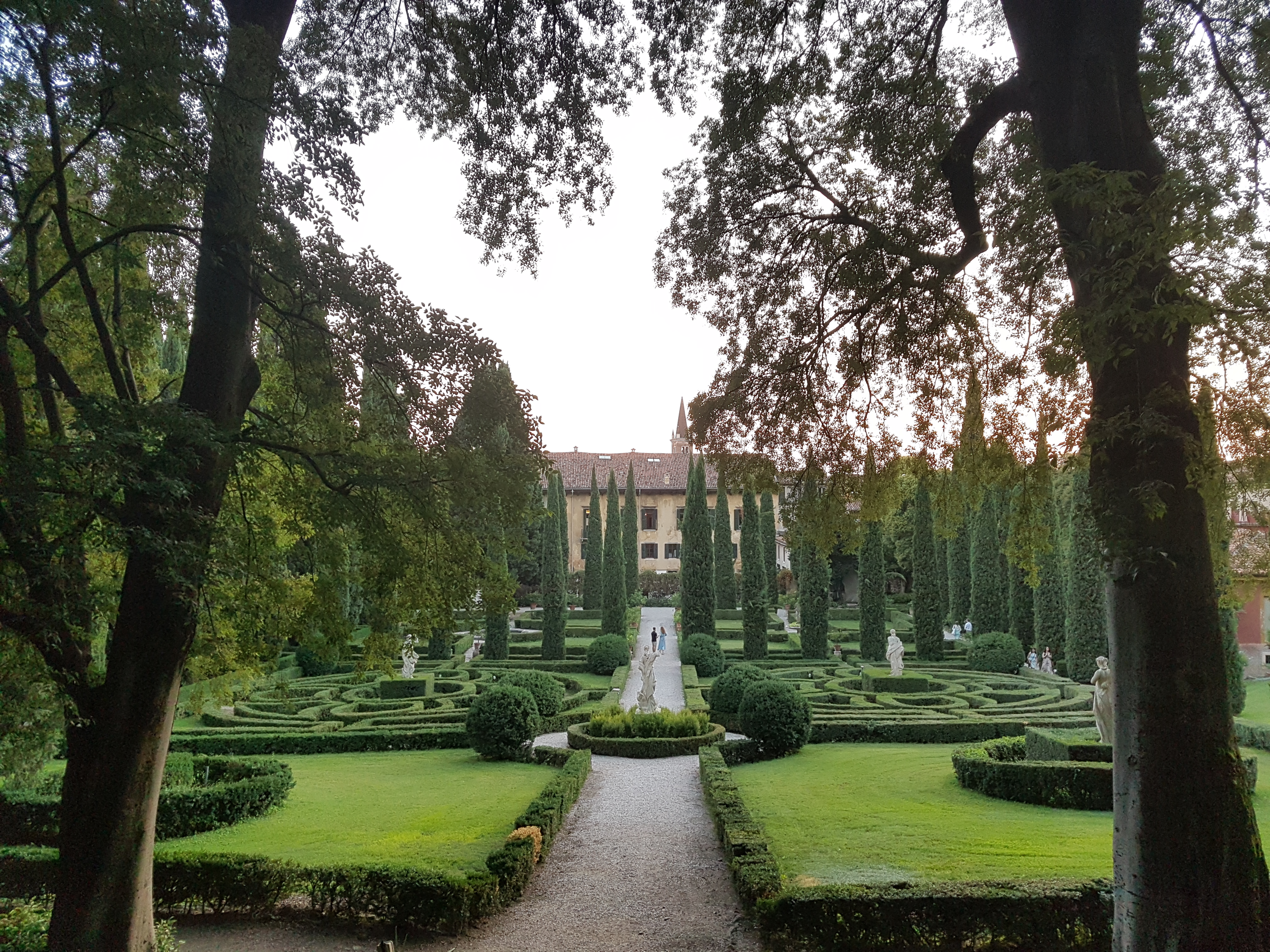 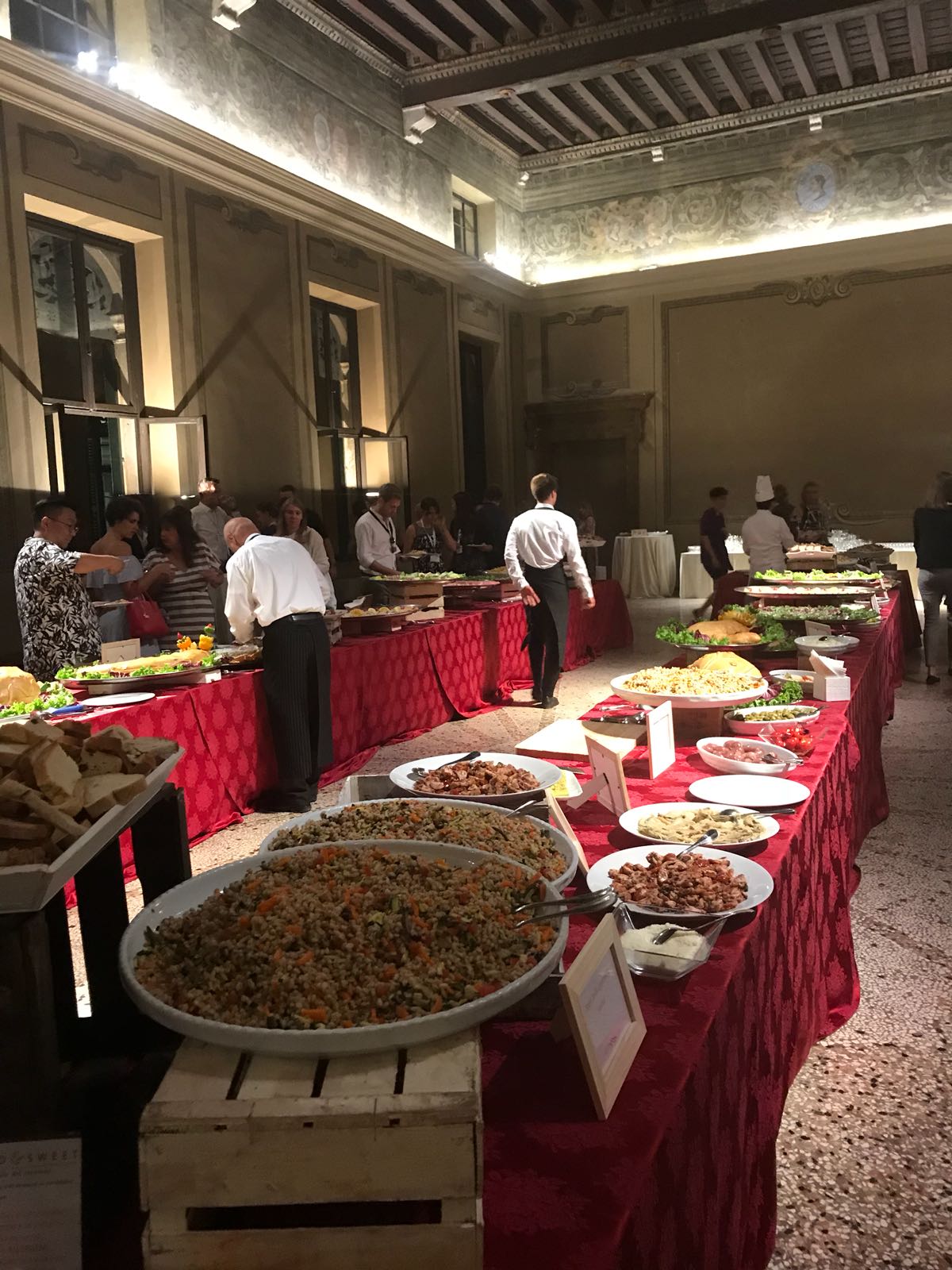 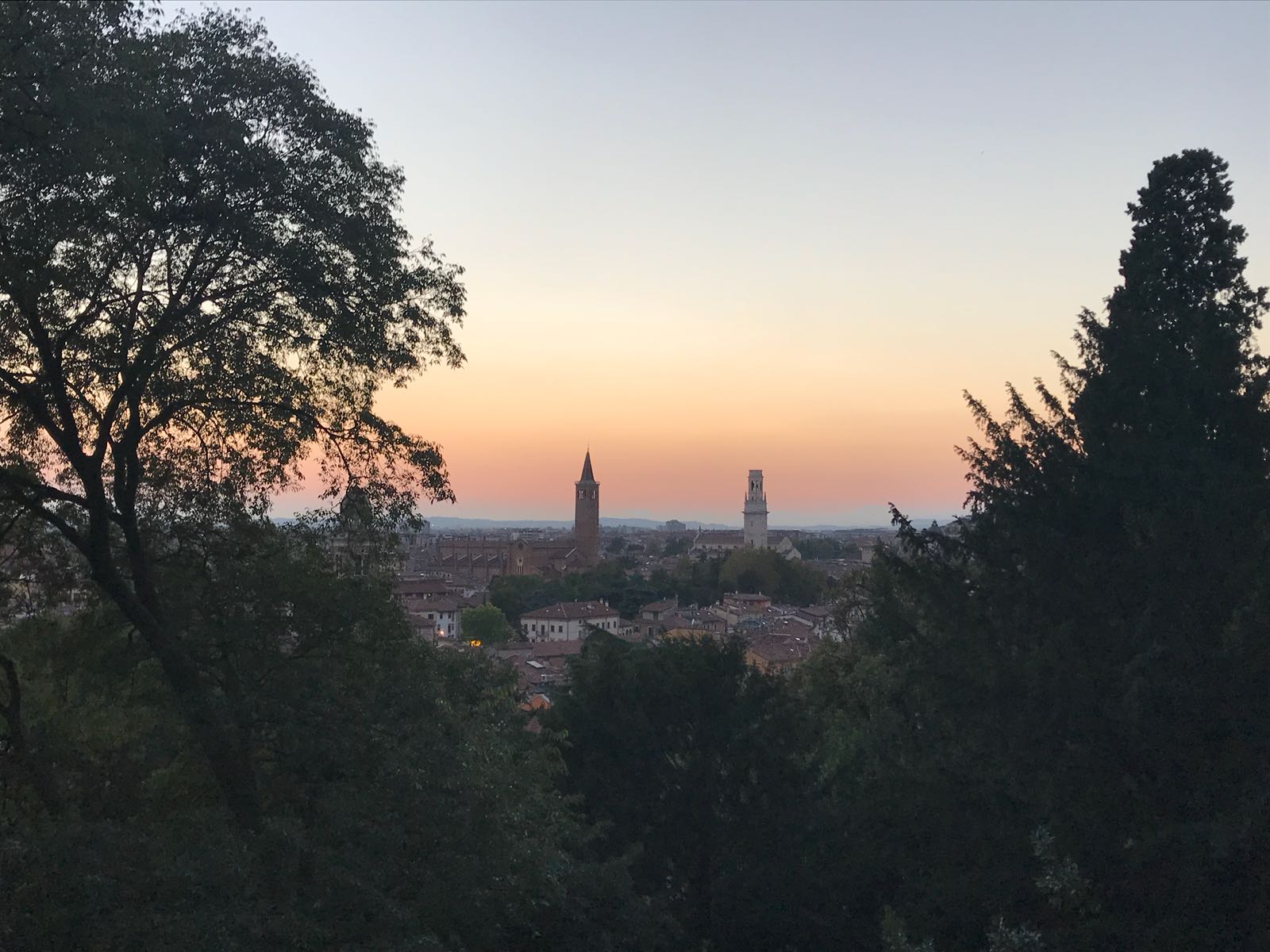 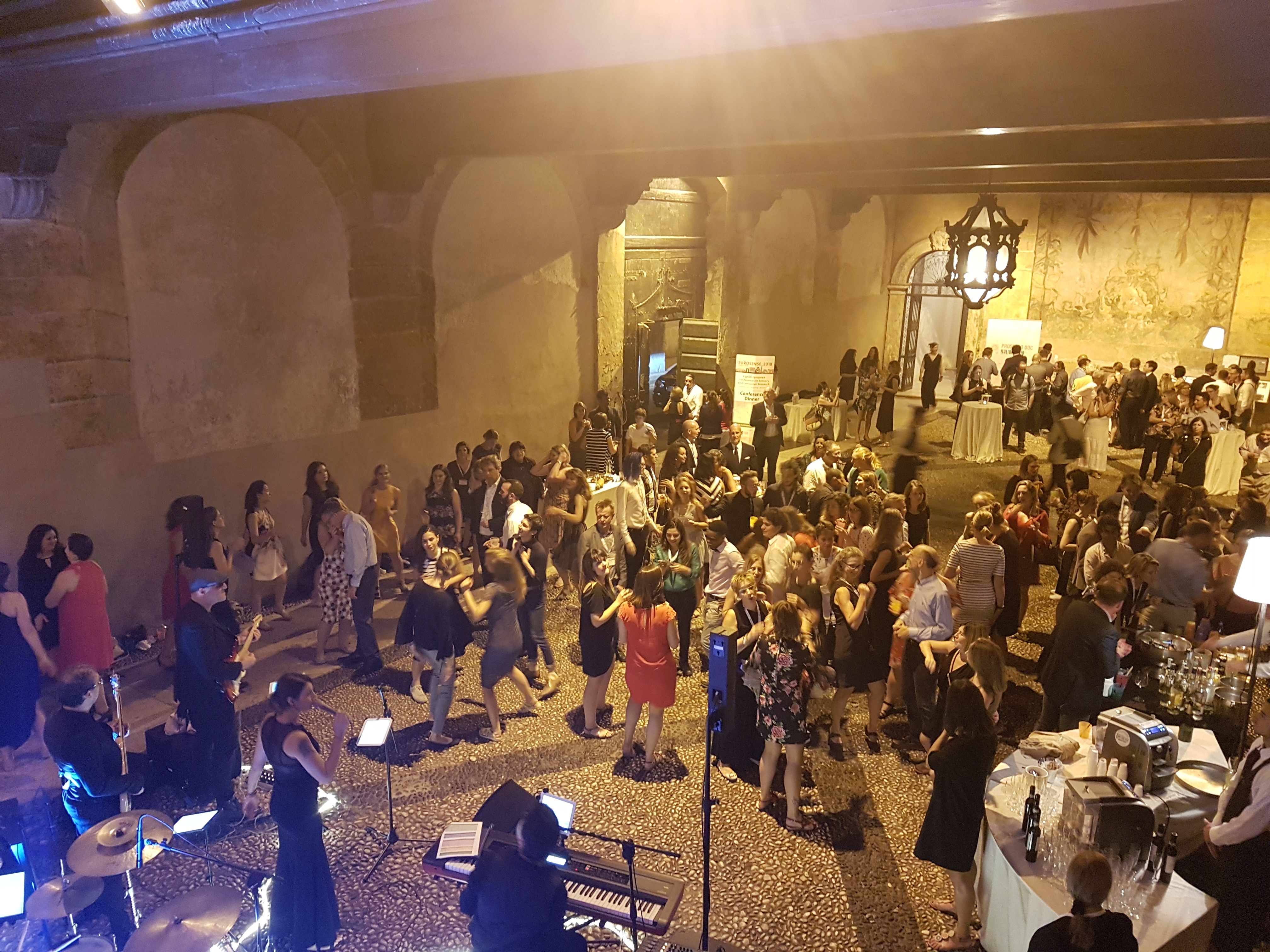