This month EyeQuestion has its 15th anniversary! Fifteen years ago Rignald Span and Gerben Ernst started out creating software for all interested parties on a job to job basis. With a dire need to work independently, they quickly found out that being your own boss was hard work. Now all these years later, not much has changed as through hard work we hope to continue to get through another succesful fifteen years and get to celebrate our pearl anniversary. 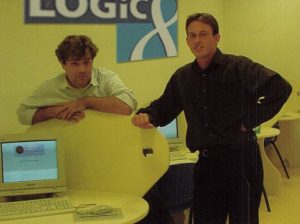 A good time to look back, but also to look forward. In 2001 both founders worked at a software development company creating tailor-made software for several Dutch companies. The developers created a software package where it was possible to create questionnaires and started sending out demo’s of the new program, back then called Question8, to Dutch companies that were interested. Having shown immediate enthousiasm for the software package, OP&P Research’s managing director Pieter Punter introduced them to the world of Sensory Research and the challenges this type of research were facing.

Rignald and Gerben instantly started generating ideas on how things could be improved. The rapid acceleration of internet technology in the late nineties and early twenties inspired both developers to somehow incorporate worldwide connectivity to the world of sensory research.

After adapting their existing software to the needs of the sensory world, EyeQuestion was created and Logic8 became the very first company to introduce fully web-based Sensory Research software. The years followed saw the company grow, adding staff and expanding their software modules to incorporate both a panel management and a sensory analysis package.

Now, 15 years later, the system is used worldwide by the largest companies in the world, supporting them in all tasks related to Sensory and Consumer Research.

This is a good moment to give ourselves a big slice of the birthday cake and look into the future. We will keep on innovating like we always did and find ways to convert new technologies into useful tools for the researchers that are using our software. A current example of this is the use of affordable Virtual Reality technology in our questionnaires. 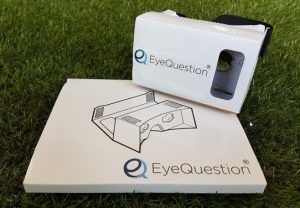 We would like to thank all our customer for their loyal support and the opportunity they give us to innovate our software on a daily basis. Let’s make it a great 16thyear!