While the Netherlands was experiencing a heat wave with temperatures rising above 40 degrees Celcius we were more than happy to go to  Scotland, where the temperature was slightly lower, to attend the 13th Pangborn conference. Our team of 6 arrived safely on Saturday morning and had some time to see the beautiful city of Edinburgh. On Sunday morning we had an earlier start as we were holding a user meeting prior to the conference. We had a great turnout with more than 30 participants and gave them a sneak preview of EyeQuestion 5, our next big release. During the meeting our guests also had the opportunity to participate in the VR workshop, where we demonstrated how to create  a virtual reality project in EyeQuestion 5. The lucky participants tried the project that was created live during the workshop using the Oculus VR goggles and could experience a beach, snowy mountain and living room environment. While immersed in the environment they could answer questions using a scale or speech to text. 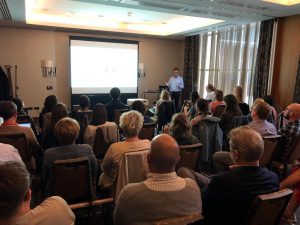 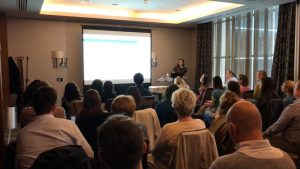 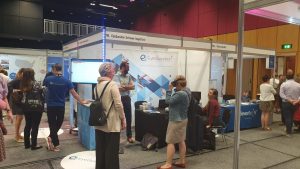 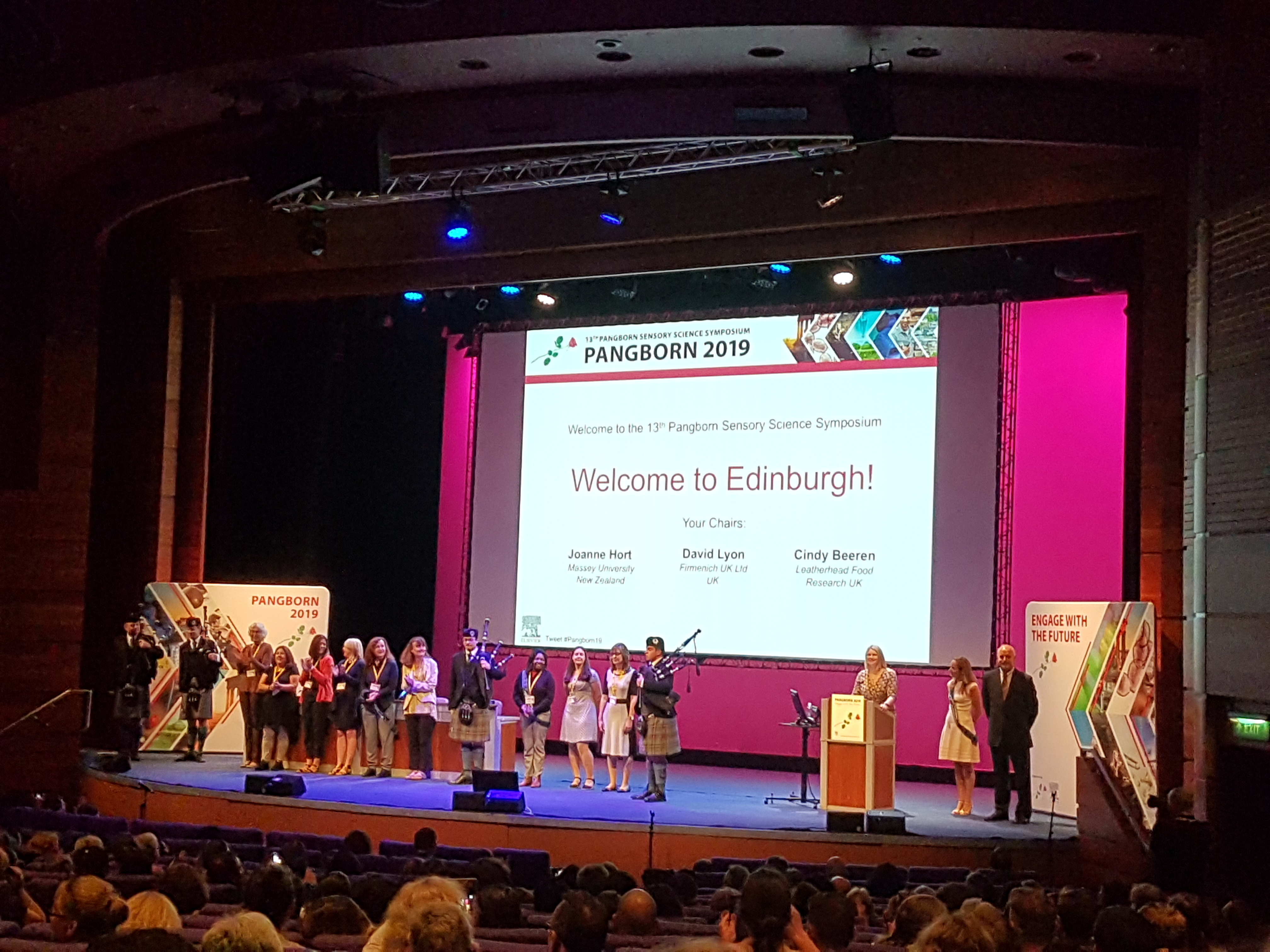 Being present with our booth gave us a great opportunity to catch up with our current clients and to gain new contacts. In between pleasant talks with new and known guests of the conference we also found time to attend a few presentations. We were intrigued by the presentation of Nimesha Ranainghe for the University of Main about augmented and virtual flavours. Unfortunately he wasn’t able to physically give the presentation, but we were able to watch a recording of it. The presentation depicted the work of Dr. Ranasinge in which he and his colleagues try to create virtual flavours through visual and electrical stimulation on the tongue.

The idea is that specific devices can simulate flavours, for example increasing the flavour of salt or sweet without adding the actual ingredient. They created a virtual lemonade bottle which can: 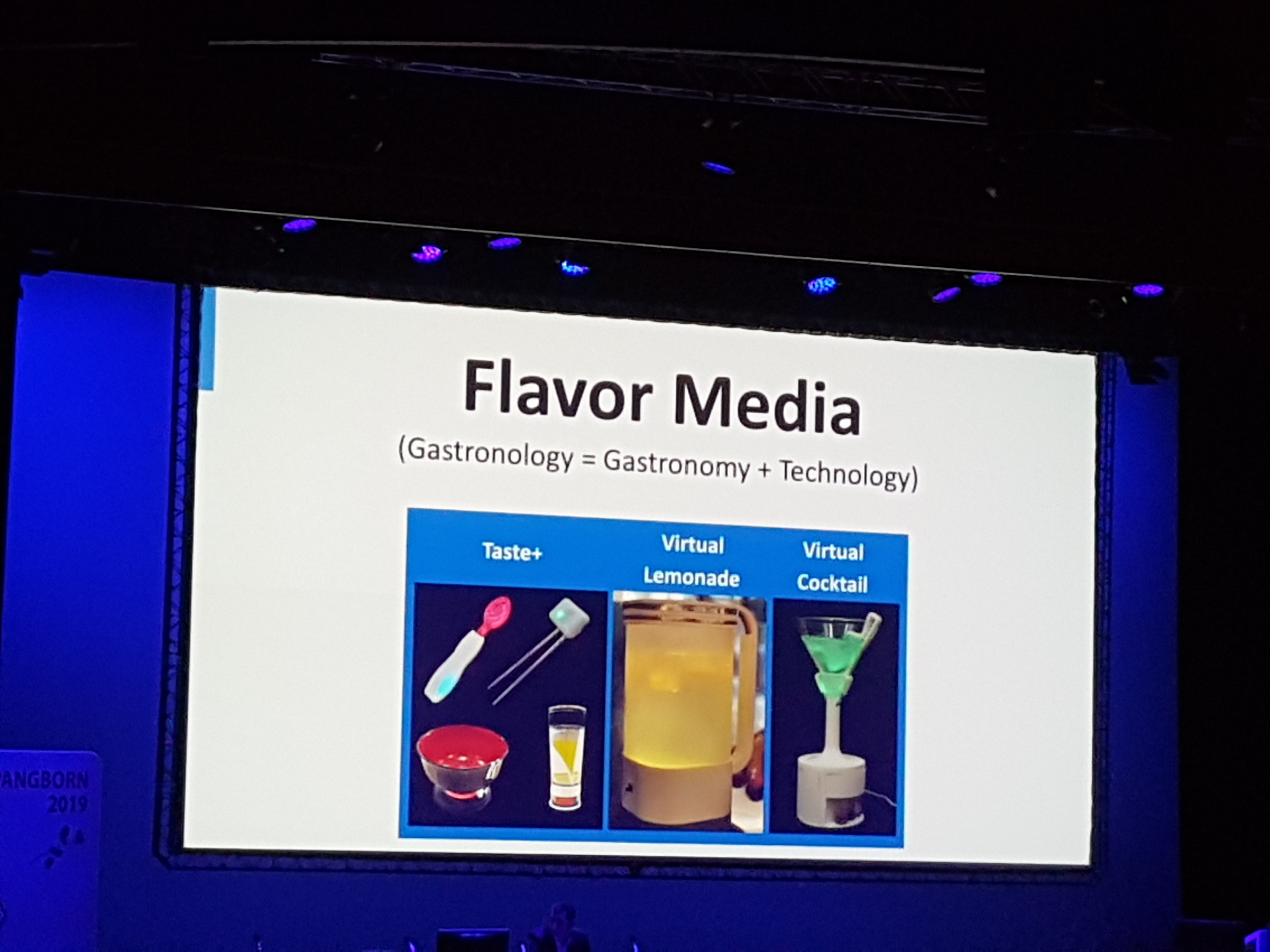 The vocktail (virtual cocktail) glass combines led lights, taste generated through electrical pulse generation and smell which allows to user to create their ideal cocktail. Electric pulses can generate a sour and salty taste on the tongue, while sweetness can be created through smell. The vocktail glass contains three scent cartridges. Led lights are used to give the drink its colour, which also influences the taste perception.

Is this a viable possibility for the future? The possibility to share the taste of a drink digitally to someone on the other side of the world seems exciting. One can also think about implications for health and its benefits, for example decreasing salt levels while maintaining the same salty taste.

We got a refresher of the paired comparison method during a workshop dedicated to this method. In the paired comparison method pairs of products are presented to the panellist, who has to pick one option (e.g. which product do you prefer most?). The advantage of this method is that it is a very easy task to do and it involves no attribute specific rating. Therefore no panellist training is required. The disadvantage is that there can be a lot of pairs if you want to do a multiple comparison with all possible combinations. The paired comparison test can detect small differences because the panellist is forced to make a selection. When rating scales would be used to test for differences between products with small differences this is very difficult, because the panellist would often give similar ratings to the products. The ranking test might also be an alternative, though it can be difficult when the panellist needs to rank a lot of products.

On Tuesday afternoon we had a free afternoon and went sight seeing. We realised that Edinburgh is a great city for Harry Potter fans as J.K. Rowling wrote most of her books here. That evening we had lovely dinner with some members of the Dutch Department of Sensory Research. This is becoming a recurring event on conferences, which is much appreciated. 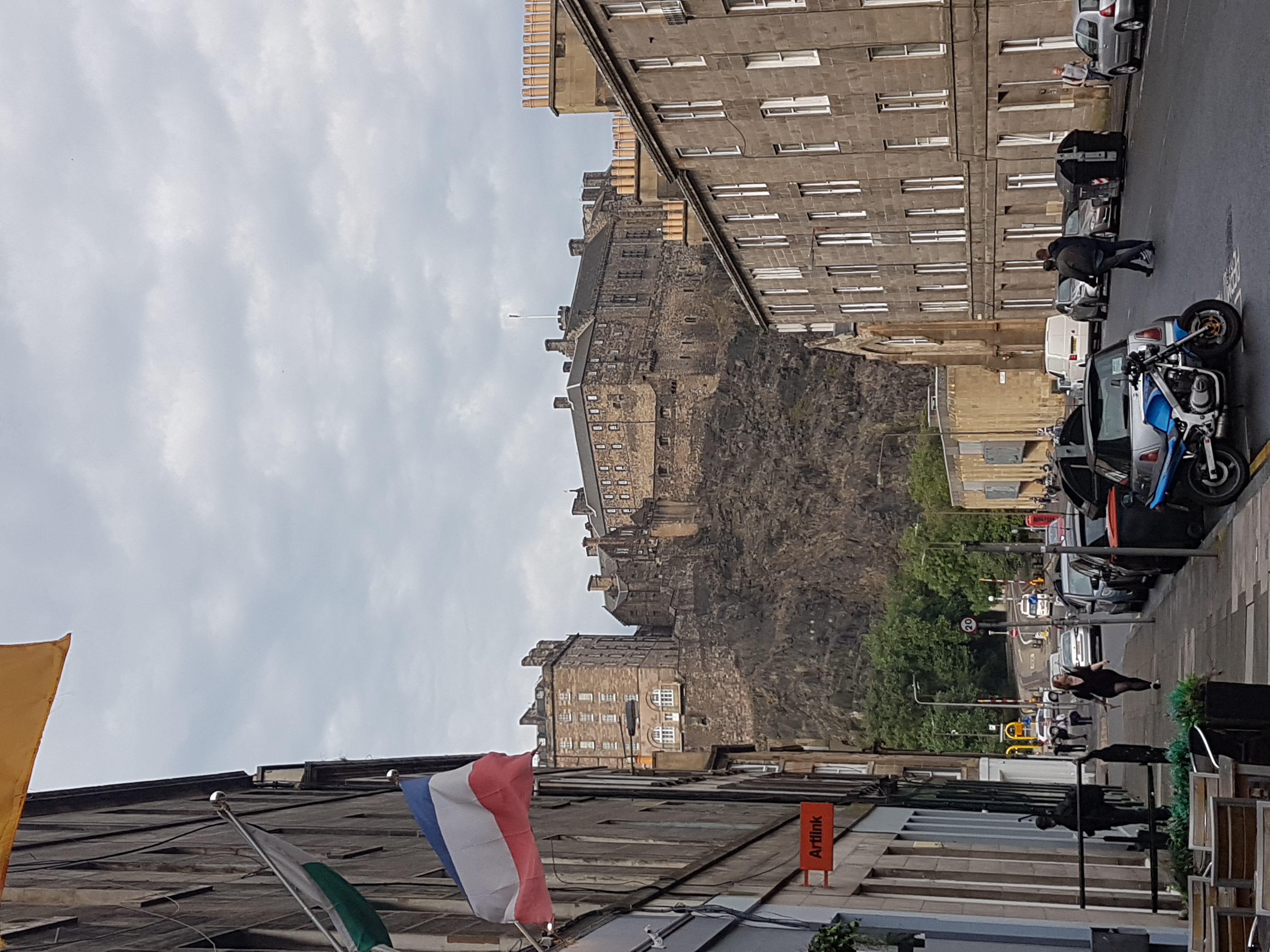 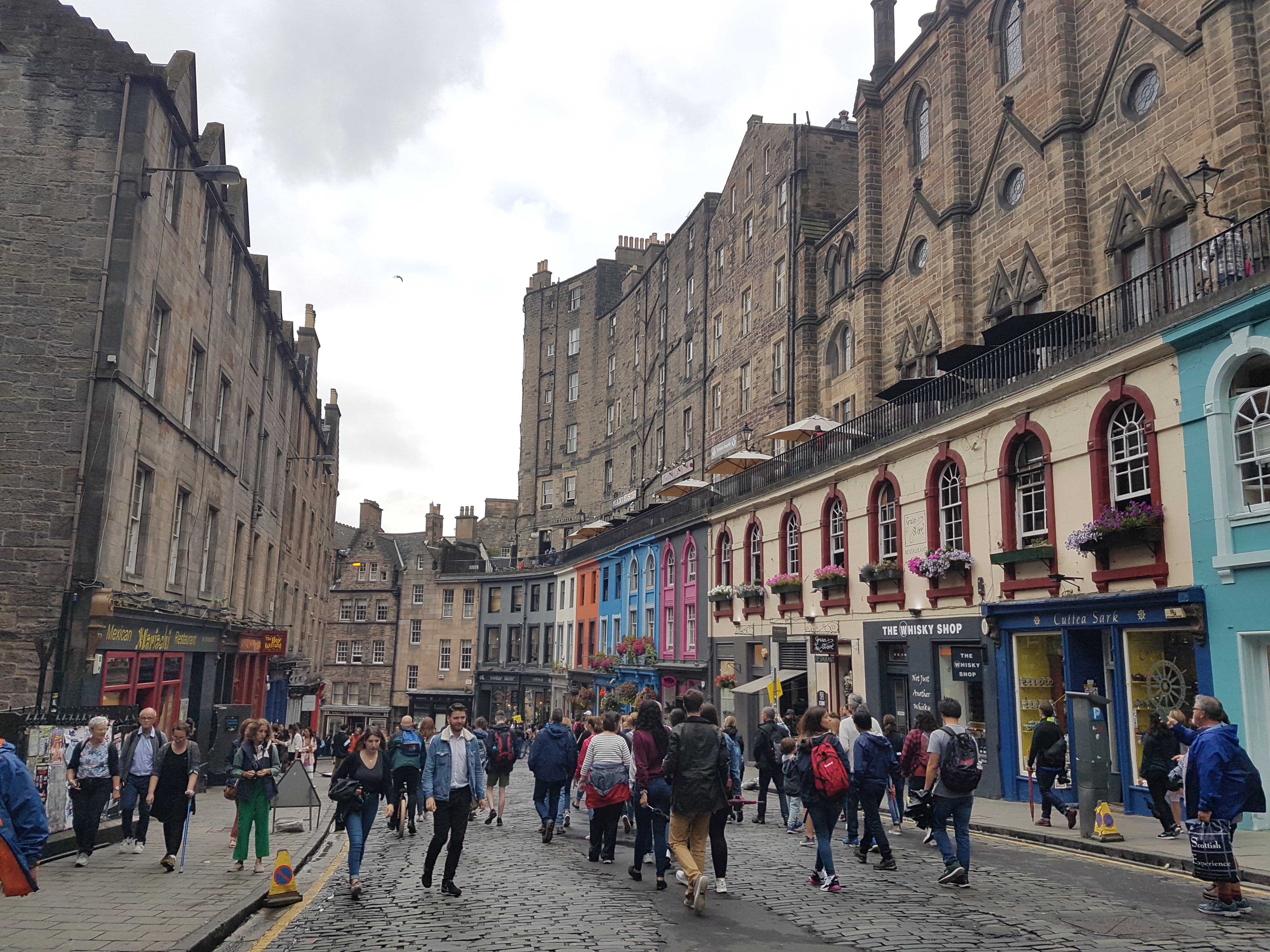 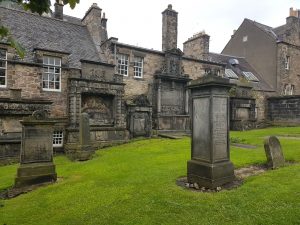 The gala dinner took place on Wednesday in the National Museum of Scotland. It was a beautiful location in the centre of the city. While enjoying the location and the food served we where entertained by a show of the Red Hot Chilli Pipers. The band’s performance combined the bagpipe with rock/pop music and singing and in no time everyone was dancing! 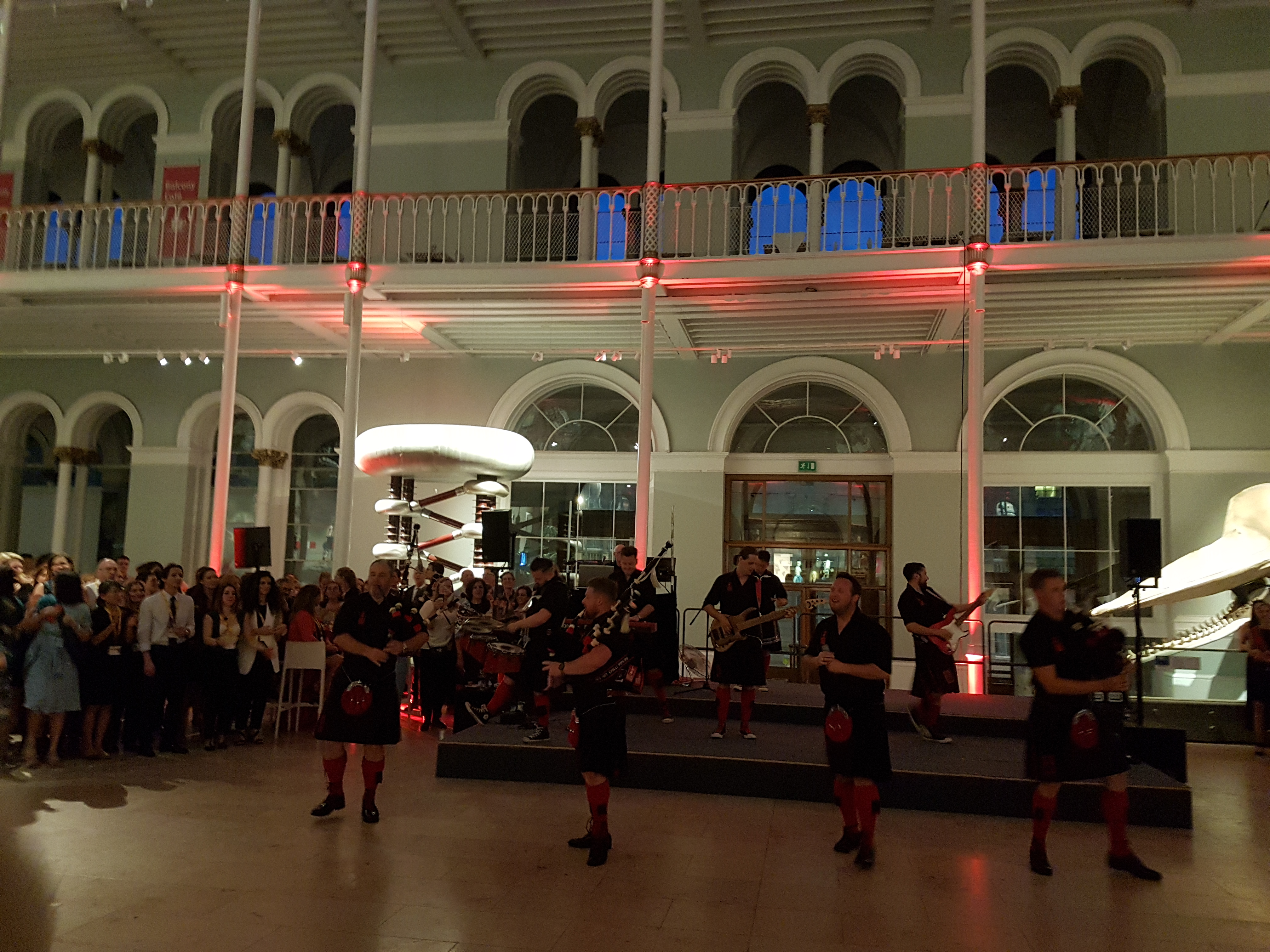 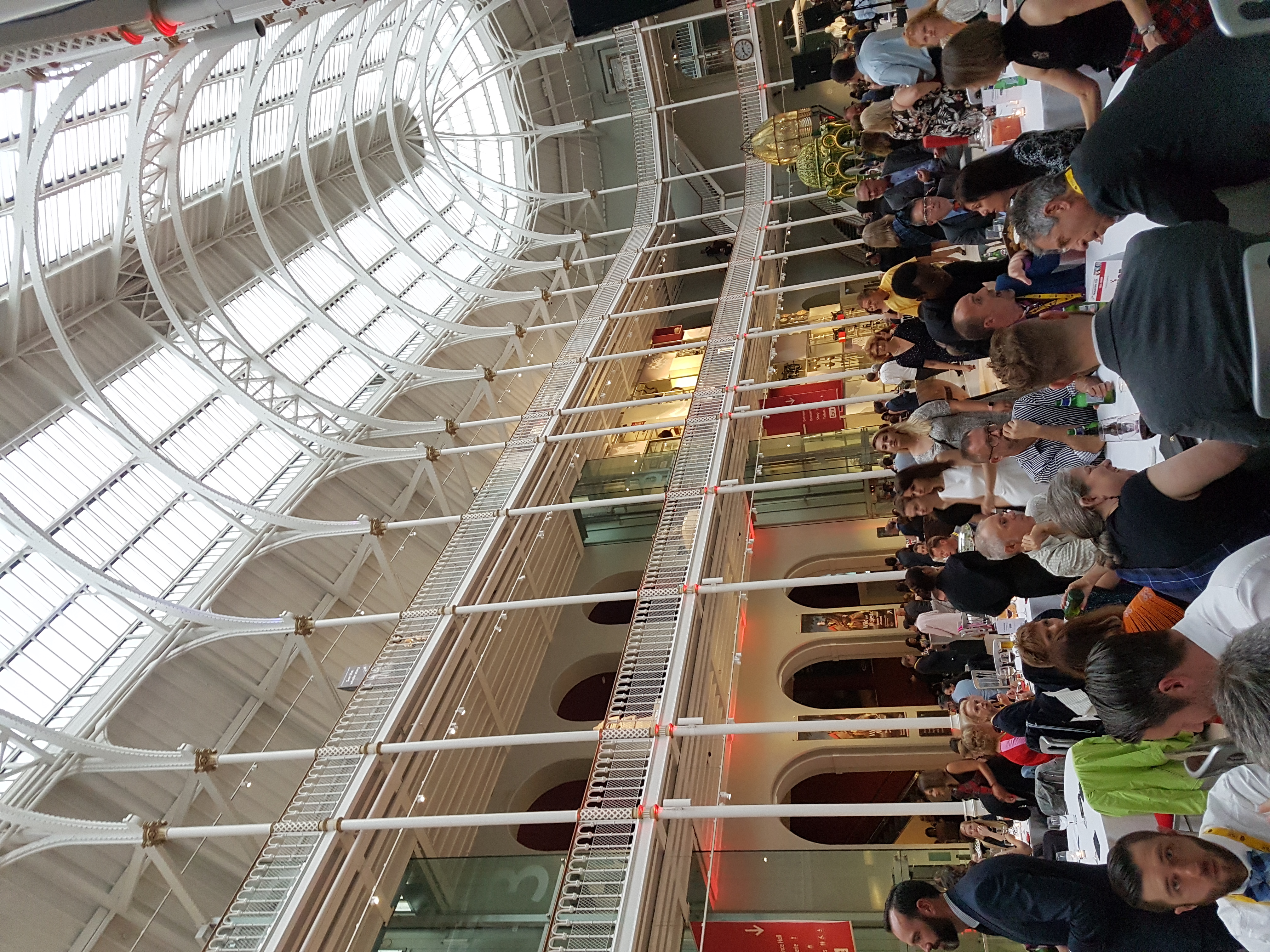 After a short sleep, we had to break down the stand on the last day of the conference and we attended the last presentation given by Grace Douglas from NASA. The presentation focused on the challenges faced and innovations due to space food. It seems that astronauts lose about 5% weight while being in space, which is mainly caused by muscle and bone loss. To reduce the risk of bone fractures when being back on earth, it is important the food that is consumed during the trip is nutritious and low in sodium levels to avoid weight loss. Some other challenges both astronauts and those left on earth need to cope with is that for example there is just limited space up there. There is no refrigerator, due to the lack of gravity food should not crumble or have free liquids and it needs to have an extremely high shelf life, up to 5 years and of course it should be palatable. They have done a great job in reducing the sodium levels but for longer space missions, for example a trip to Mars, there is less storage space and shelf life for food needs to be extended even more. Currently, new foods are being tested with candidate astronauts who are living in a mock-up spaceship in the research centre for a few months. Imaging being a panellist there!

The next Pangborn conference will be held in 2021 in Vancouver, we look forward to be there again!