With the Dutch not participating in the World Cup our office can completely focus on the further development of our software suite. With the release of 4.11 behind us, we are already looking forward to the next installment of EyeQuestion. The main focus in 4.12 will be the improvement of both the Product and Attribute database as we will make some small but important adjustments to make sure these new features can be used as efficient as possible. Behind the scenes we are already working on versions 4.13 and 4.14, which will include the full implementation of the Central Database.

Earlier this year, we had the privilige to exhibit at the 3rd Asian Sensory and Consumer Research Symposium, held in Kuala Lumpur, Malaysia during the 13th – 15th of May. During the symposium, we enjoyed all the sights and sounds Kuala Lumpur had to show us and were inspired to go back to work with one of our more innovative EyeQuestion projects, one which we will also showcase during our exhibition as part of Eurosense 2018.

Whilst one part of our development team will be focusing getting the databases optimized, another part of development’s primary focus will be on EyeQuestion VR, as we will display and demonstrate our VR and AR capabilities in Verona at the end of the summer. During Eurosense, we will also be holding a User Meeting. Information on how to enroll has been provided to you by e-mail. Space is limited so please be sure to sign up!

An increasing interest has been seen the last couple of years in the use of implicit measure to appraise consumer opinion regarding products, packaging and marketing materials. Implicit measures are used to ensure that the consumer taps into their instinctive system by doing a task. This way of thinking is based on pre-existing associations in the mind and creates instant reactions before any rationalisation is done, thereby less likely to be influenced by any bias based on several factors (such as public opinion).

A while back, we added two Implication Association Test (IAT) questiontypes to our library; one to be used with samples and one for non-sample questions. The IAT measures the speed at which words are associated with one or two pairs of concepts. A shorted response time would indicate that pairings are strongly associated. These responses are collected by hitting a key on the keyboard, which can be customised by the user. The next logical step for us was to add this functionality to EyeQuestion XR.

360° images can be uploaded to EyeQuestion and on screen clickable items, with custom images of course, added to the samples or non-sample related items. A 360° camera is needed to create these images, which we advise to use to achieve the best and quickest results . Most modern cellphones also have a 360° camera option built in as well which can be used to create 360° images.

On Friday the 22nd of June we had a get together with all the companies in our building. Our parking lot was transformed into an outside bistro as we could endulge ourselves in various food and drink options. Our company also did a small sensory test so that the rest of the building’s occupants could get a taste of what our software is used for. In total, two sensory teste were created ; a triangle and a ranking test. The participants started off with the triangle test in which three products had to be evaluated. The products that were chosen were two types of cranberry juice. One being the regular version and one the light version of the product. 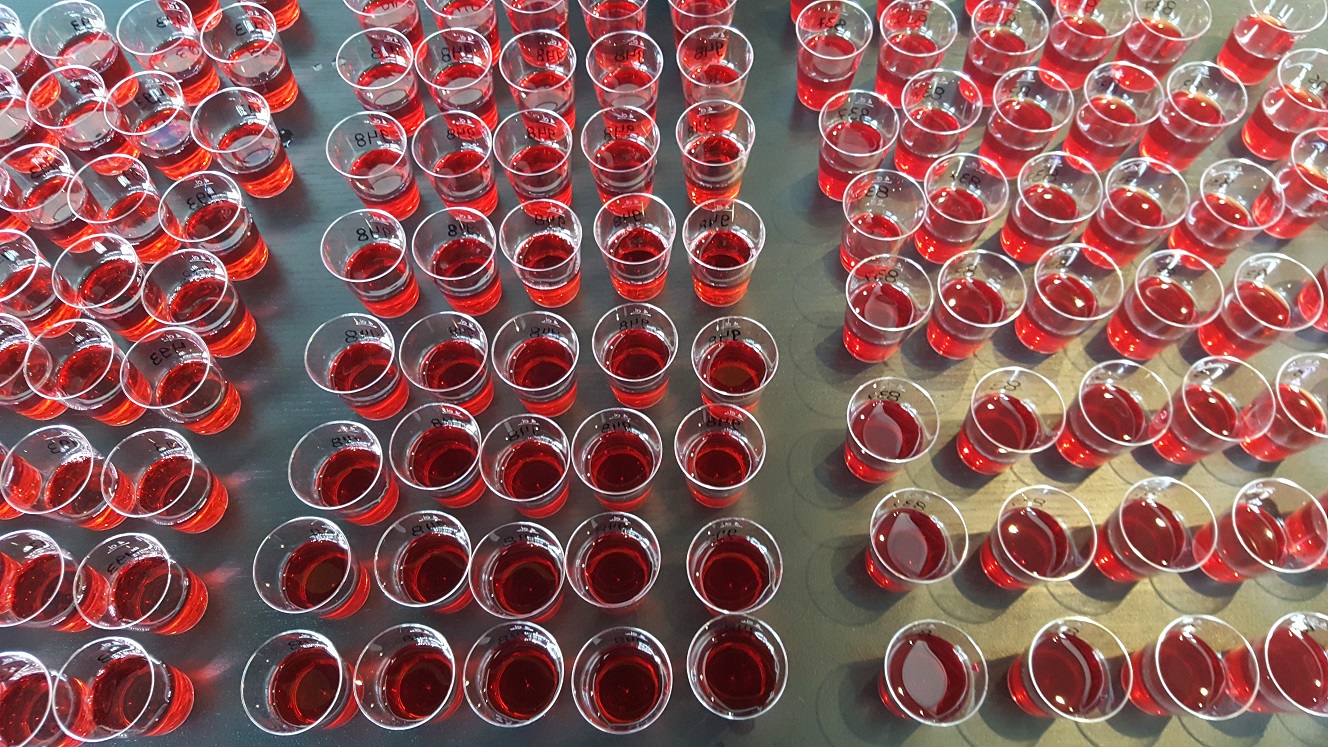 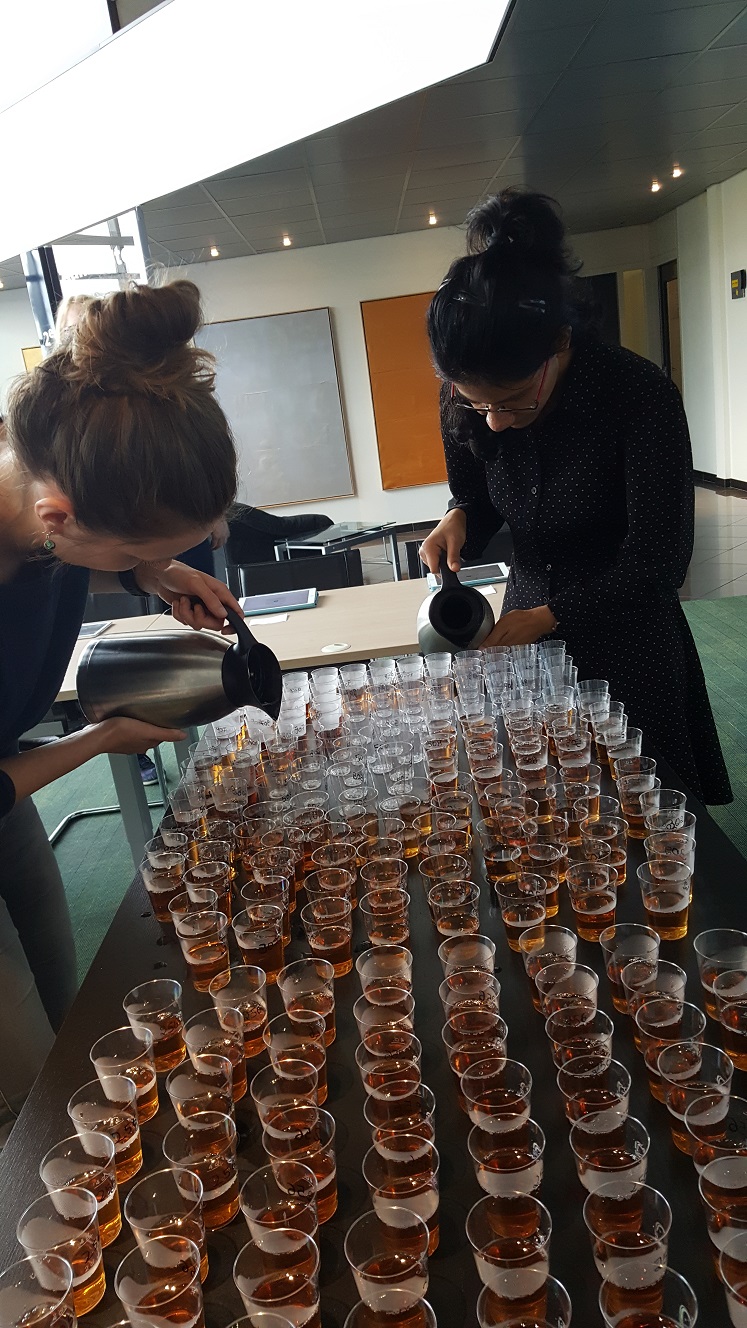 In total 25 people participated in the triangle test. 10 people answered this correctly and 15 people were wrong. This means that 40% of the participants were correct. Since there is a 33% chance of guessing the answer correct the data analysis takes this into account. There was no significance difference found between the regular and the light version, which for the producing party, is a good thing. The ranking test consisted of 4 samples of ice tea with different levels of vanilla essence being tasted. The task was to order the samples from the highest concentration to the lowest concentration, which proved to be quite a difficult task since only one panelists had it correct. That same person also had the triangle test correct, which gives us the impression that there might be some perspective to follow up a career as a super taster for him/her in the future. 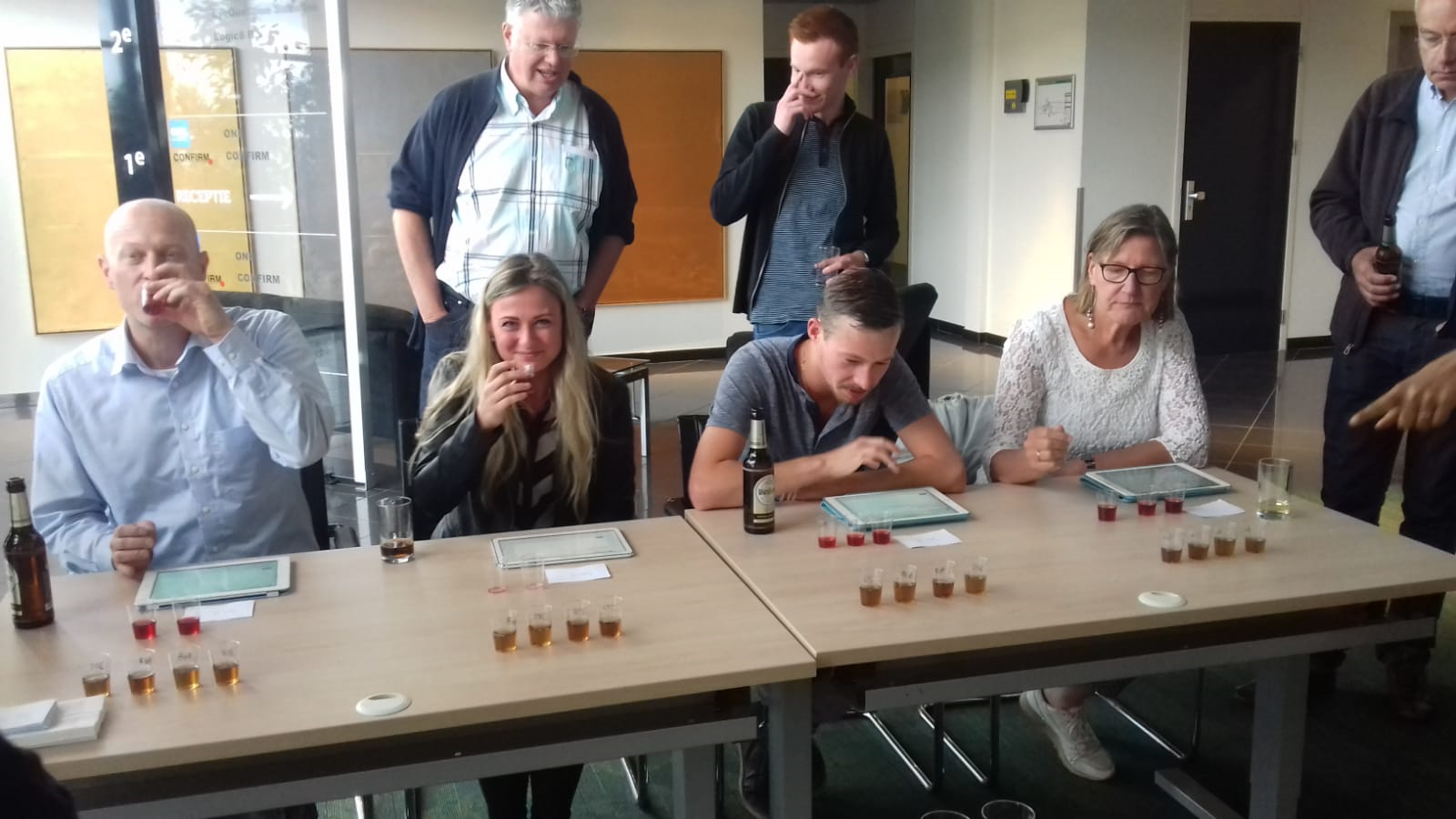