Afternoon Discussion – Sensory Science has got to move on

Throughout the year, the MOA, which is the Dutch Center for Information Based Decision Making & Marketing Research,  is organizing several events and activities. On the 24th of February, their Department of Sensory Science had invited Doctor Hal Macfie, consultant in sensory and consumer science, to lead an afternoon discussion with the topic ‘Sensory Science has got to move on’.  A big turnout was present in Utrecht, where the event was hosted by Danone Nutricia Research. 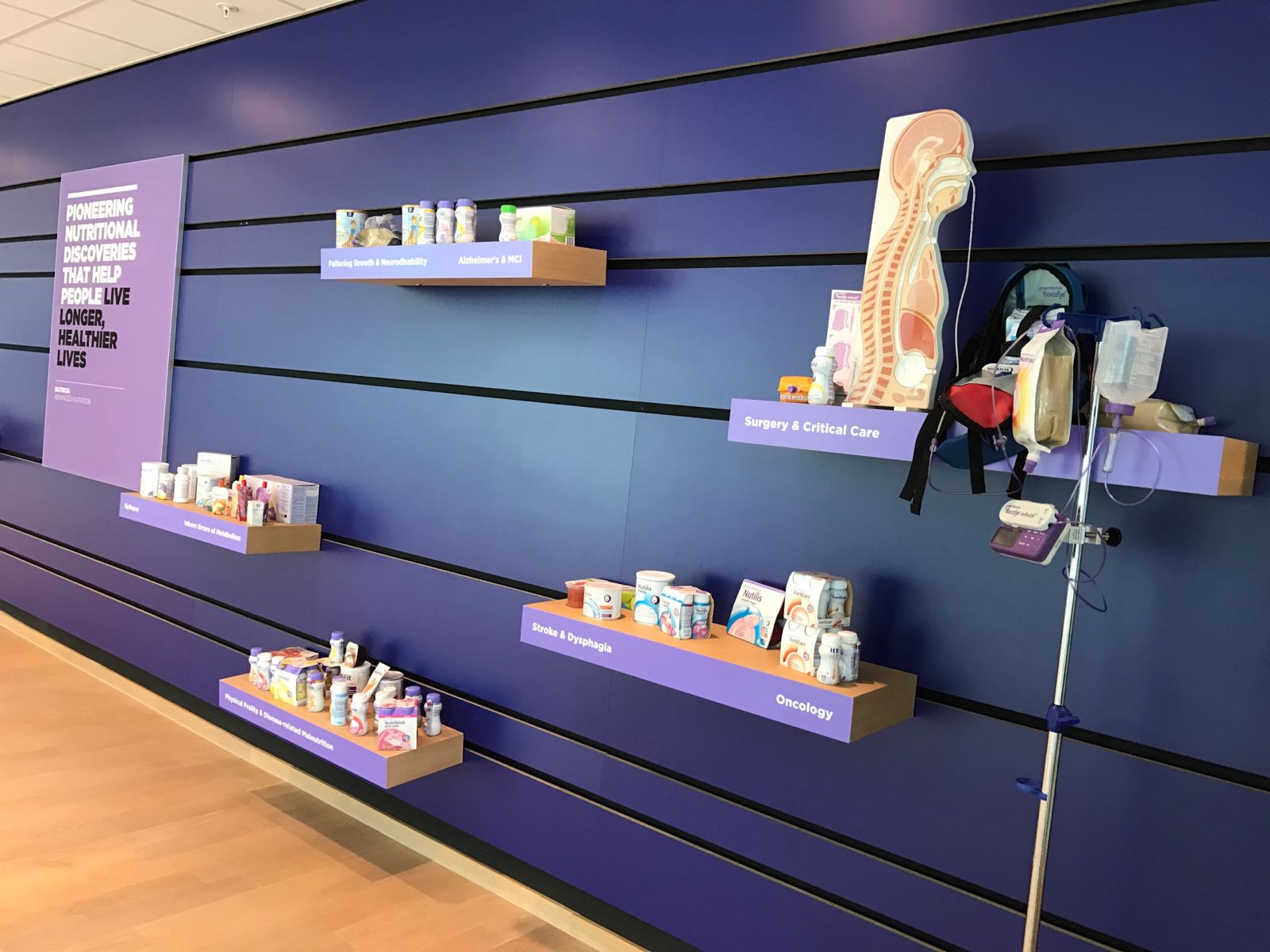 Traditionally, the main interest of sensory science lies in the perception of the product while human beings are seen as the instruments. Lately, the interest has moved in a direction which centres on how consumer behaviour is changing by modifications made to the product.

At the beginning of the discussion Doctor Macfie presented a model showing the factors influencing consumer behaviour. This model exists of:
– Dissonance (Non-Rejection vs. Rejection)
– Experience (Acceptance and Enjoyment)
– Choice (First Choice and Repurchase)

There was an interesting discussion about the concept of validity, i.e. the ability of an instrument to measure what it is intended to measure. As an example the tetrad and the triangle tests were used. We discussed how a tetrad test or a triangle test is often used to measure dissonance, but how does a triangle or a tetrad test relate to whether or not a consumer will perceive a difference between two products? For example, a consumer will not think ‘I just ate 4 chocolate bars and I can clearly put them into two pairs’ (tetrad test). While for example an A not A test (that chocolate bar didn’t taste like it usually does) has a much better face validity since this is more related to the thoughts of the consumer. 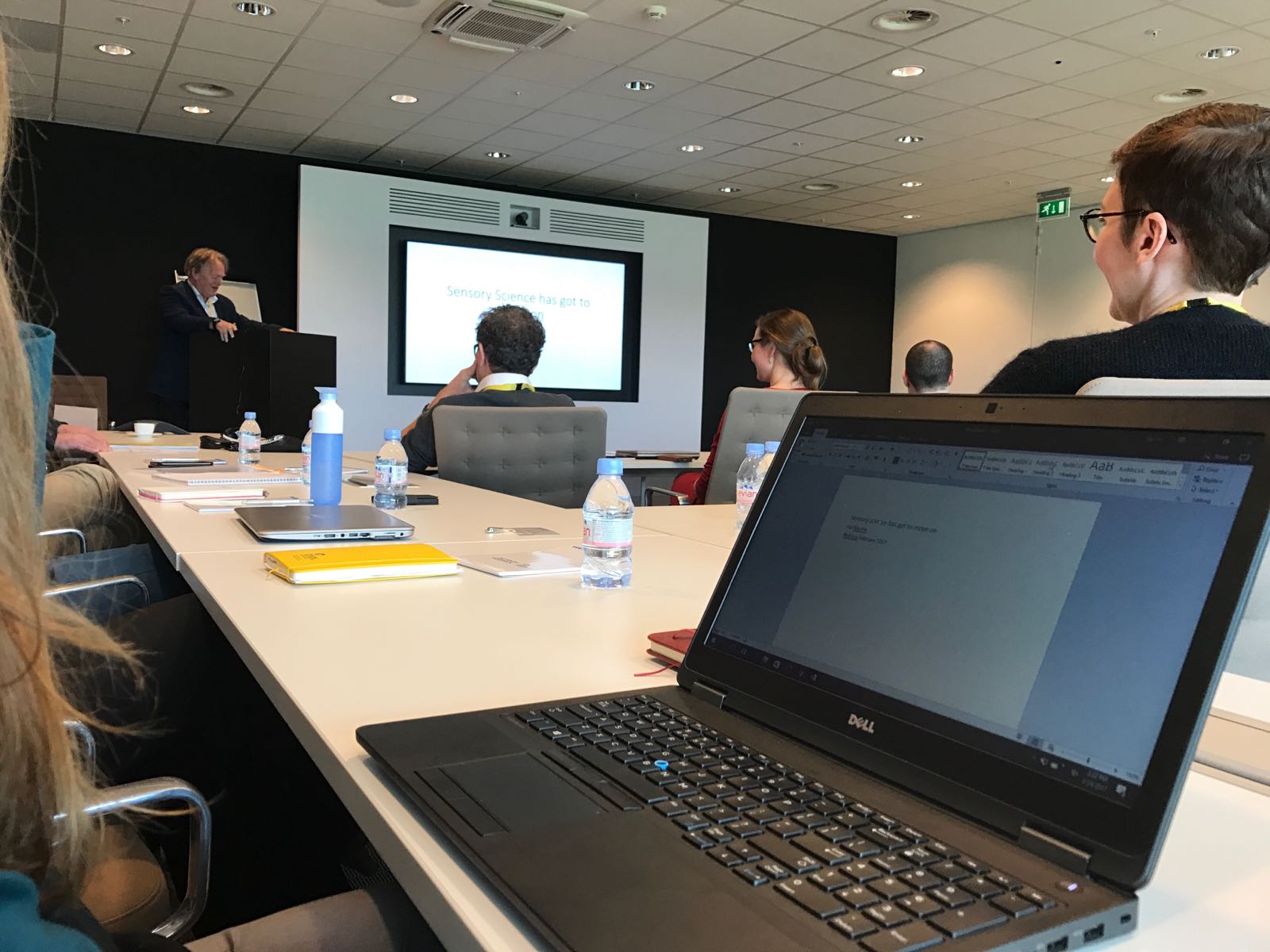 Acceptance and choice of consumption are one of the most frequent human behaviors, with hundreds of events in a single day. These behavious choices are mostly unconscious. Making decisions is actually a dual process so it is also important to not forget the conscious processing.

The unconscious process (system 1) is characterized by being automatic, fast, effortless and undemanding for the working memory. It mostly involves emotions and is difficult to change, exemplified by the mood to eat chocolate or other sweets. The conscious process (system 2) is characterized by being controlled, slow, effortful and demanding of the working memory. This process is less difficult to change. An example being when you want to eat a chocolate bar and you actively think about the health aspect.

When you are interested in knowing why consumers do or do not accept or choose a product you will need to think about which question type to choose in your questionnaire. For example, if you ask a consumer what they think about the product in terms of liking, they often answer using a JAR answer option, e.g. it is not salty enough, it is too sweet. A logical choice would then be to use JAR questions in your questionnaire instead of line scale. When a product is eaten at home, the consumer will not rate a product based on a specific score, but rather judge it based on JAR answer options.

It is not only the liking that will determine if a product becomes a success. Expectations and recognition are also very important for consumer behavior. Brands are a crucial determinant of selection behavior, though most of the trials are done on blind products. The past couple of years there has been a change from blind trials to more branded trials and more complex models with product choice as the response.  The expected sensory experience is influenced by memory, branding, packaging, sensory, and context among others. Therefore it is imported to keep all those aspects in mind.

The afternoon ended with a topic that has unfortunately not been researched that often, while it is actually very important. In order to have a successful product, the consumers need repurchase the product and thus should not get bored by the product. We hope that the future will bring some interesting data and models on this topic.