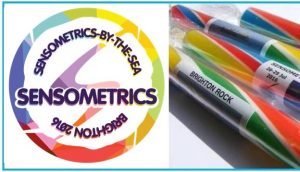 Between the 25th and 29th of July, we were visiting beautiful Brighton where the 2016 edition of Sensometrics was held at the Jurys Inn Waterfront. Sensometrics is a conference that brings together psychologists, sensory scientists and market researchers all involved in sensory and consumer sciences.

We were welcomed by the enthusiastic team of PPL Insights who organised the 13th edition of the conference. The conference was held at the Jurys Inn Waterfront hotel directly located near the beach of Brighton, a beautiful location surrounded with a number of touristic hotspots including the Brighton pier and the Royal Pavilion.

The conference hit it off with a welcome reception at the Royal Pavilion where we where welcomed by the organizing committee. After a restless night we were woken several times by the fire alarm. Luckily, we were able to go back to bed after the whole hotel had to be evacuated to the courtyard. The next day we started the conference with an interesting presentation from one of the guest speakers.

The conference program included a wide variety of oral presentations, posters and workshops. During the first day of the conference we learned some interesting things about panellist analysis. We have recently been working on the adaptation of the Mixed Assessor Model (MAM) which was a big part of the conference program during the afternoon. We learned some new aspects of the of the model including some extensions for handling missing data and applying the model to data other than scaled data.

The next night fortunately the fire alarm was not activated again and we arrived at the conference completely refreshed the following morning. This day was filled with more interesting speeches including a variety of presentations about temporal data, such as the need (or no need actually) for panel training in TDS, the relationship between temporal data and liking scores and a new method named fading TCATA. At night we had a fabulous Gala Dinner at Stanmer House where we enjoyed a nice meal and had loads of fun at the dance floor. 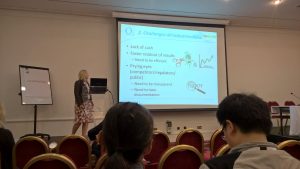 On Friday there was one more presentation, Gemma Hodgon introduced us to the world of pharmaceutical research and gave her vision on what we could learn from their way of doing research.

All in all, we had a great time in the UK and will look forward to the next edition of Sensometrics, which will be held in 2018 in Uruguay.